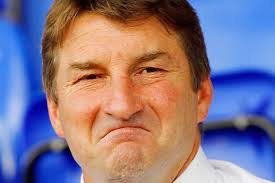 The Grand Final – All the W’s

A weekend where winning for Wigan and Warrington would be wonderful. That’s about as much alliteration as I have in me and in truth this game is bigger than any literature stamps. But does that mean it’s Sean Wayne who gets the victory. Whatever the result it crowns a season that fulfils dreams and creates icons.

Warrington have most to lose if that makes sense. It is they who have failed to deliver in the play-offs and it is they who will really feel the pressure. There is no doubting they are a supremely talented Rugby league team and I feel that Tony Smith has sculpted every position so that they are capable of delivering his rugby dream. They play the type of game we would like to watch every weekend. Its fast, aggressive and contains highly skilled ball handling right across the park.

The forwards led by Adrian Morley, in probably his last league game are immensley powerful and very quick  with Chris Hill and Gareth Carvell constantly off loading in the tackle and makings yards after the collision . They dominate the line and they make playing the ball quickly look ridiculously easy, when it truth that is now one of the hardest areas to deliver. Because of that forward play Higham, Monaghan and the evergreen Briers seem to always have time to make exciting and damaging decisions that gain more yards per play than any other team and their ability to link with the stand off, Grix (the most improved in the league), second rower, Ben Westwood and the dynamic centres means they are always creating breaks and chances to score.

So having made a compelling case for this squad, why should they be worried about losing the final – simply because they haven’t won one and they just find ways to lose big games and that’s what this is – a big game.

So what about Wigan. Well I have written time and again how important Sean O’loughlin is to their balance but so far they have filled the gap and triumphed. Truth is I don’t think they have played a team that have the fire power that Warrington have and occasionally when under pressure Wigan just run out of ideas.

It’s also former man of Steel, Sam Tompkins last game before moving out to Australasia and he wont want to leave with a loss. If Wigan are to win then he has to have a big game. The kind of game that Rob Burroughs had for Leeds in 2011 when he almost single handedly won the game. Tompkins is capable of doing that, the thing is Warrington know that and I think Smith will make sure Westwood doesn’t let him out of his sights.

Josh Charnley is an international quality winger and occasional full back when required, Pat Richards is playing his last game and he has been one of Wigan’s great kicking wingers, right up there with superboot Frano Bottica where conversions are concerned. Farrell and Flower are tireless workers in the second row and make few mistakes but they don’t often explode in to a game, whereas Harrison Hansen can tear a game apart either for you or against you depending on his mistakes or brilliance.The key to Wigan will be if their forwards can create space and time for Matty Smiths amazing kicking game and to see if Michael McIlorum can run with the ball to punch holes in the middle of the park to spread it for his talented wingers.

On balance I don’t think at this stage I would be telling you anything the experts haven’t written and if it goes on the night like it looks on paper then Warrington win. The thing is they don’t play these games on paper. It’s at the field of dreams, Old Trafford and Sean Wayne has the chance to carve his name on the Wigan Icon list and what a list it is.

I said before the play-offs started its about bottle and I know Wigan have got plenty of that.