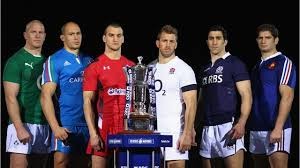 Up until recently no one liked playing France and no-one liked going to the Stade de France to play them. That was of course until Phillipe Saint- Andre took over and in his two years at the helm France have won only three times. Surely that means that England turn up and take the points tomorrow and move on in their quest to win the title. Not according to the bookmakers it doesn’t and France go in to tomorrows game as favourites with everyone.

That’s the power of home ground advantage and an equally unpredictable French team. The theory is that France will be desperate, they will play ugly and that England don’t like a fight. There is also a belief that somehow Le Boeuf  are a bit soft and are more like Le Poulet when it comes to mixing it up front. The layers also have taken in to account that in having only won 2 times in their last 13 games they had to play the All Blacks for times and the Springboks on another occasion. Against both teams they had the chance to win – but they didn’t!!!.

So what will this tasty feast serve up. My view is that I was excited when I saw the power of the England pack against the All Blacks and that whilst Saracens got murdered up front by Tolouse the other night – that is not England. My one fear about England is who is going to score the points because in the last 4 games they have only scored a try once.

Its a tough opener and I can see either side winning the game and whoever gets it right feeling very smug and not just a little lucky. For that reason my bet in this game is:-

For more bets for this weekends Six nations just go to our Rugby Union page www.thebettingagency.co.uk/rugbyunion