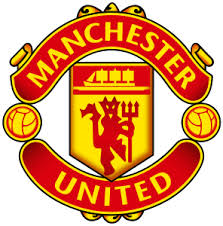 Rarely has the red part of Manchester felt so sick. Rarely have they looked so sick. What’s happened to the team that everyone feared, that everyone wanted to see play. There is no doubt about it things are desperate at Old Trafford. Ohh I don’t mean they will get relegated or that they will even sack David Moyes, United don’t do stuff like that, not its far worse than that.

Your see United wont be in the top 4 this year and that means no European football next year and that comes at a huge cost. United also have to fill a 75,000 seater ground every week, its in their cash forecasts, which is what they have been doing and why they sit at the very top of the Deloitte Rich list for clubs. On their current performances next years season ticket sales cant be increased in either price or number. In fact some might even remain unsold. Unthinkable 2 years ago. No, this is about money and that’s where it really hurts.

Same personnel, more money spent on more players, different Manager, different results. Was it coming anyway? Is Moyes somehow not as good? I don’t think any of us know that yet. It’s not like the England cricket dressing room where apparently their shocking winter is down to Kevin Pieterson, we haven’t heard those rumblings yet about affected players all fighting with each other and texting “the hell” out of each other- not yet anyway. They simply cant win football matches.

The Fulham result happens and as a one off you could just brush it aside. Moyes was right when he said they didn’t deserve that late equaliser but he is starting to sound less like Jose Mourinho and more like Sam Allardyce every day. United don’t say stuff like that, they don’t feel sorry for themselves, they just win matches. Not anymore apparently and bookmakers are loving it.

So forgetting all that about United and their worries because I don’t care. how do we make money out of it. Simple!

Go to Betfair, open an account and then find the market which says Top 6 in the premiership. In that market you will see United are 1/2 to be in the top 6, a place that they are not currently. You can then lay that for as much as you are comfortable. Which means you have both Tottenham and Everton playing for you for the rest of the season to keep them out of the top 6 at a price of 2/1 . Now that’s good business.