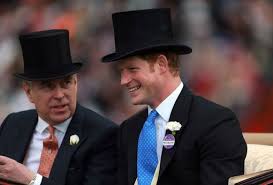 Another great day for our followers, kicking off with the 8/1 winner Baitha Alga and finishing the day with the 8/1 winner Elite Army. In between time we had the 18/1 Lustrous run a huge race to finish second which was as good as a 4/1 winner. Great fun and a really profitable day for punters with a 17 unit winning day at Ascot. Now to day four and if we keep our heads we could do well again with some fancied runners and some real reasons to be positive.

24 go to post in a race that has been won 3 times by favourites in the last 10 years with 5 horses over 10/1 including a 50/1 winner in the last decade. All the top stables are represented and as a form student we can only go on what we have seen, not how much they might have improved from one race to the next. With that in mind the obvious form chance is the favourite Patience Alexander for David Evans. I’m not sure what the Queen will think of meeting Mr Evans but the good news is that its early in the day!!!. That aside I saw this horse win at York and was mightily impressed. The horse it beat Tiggy Wiggy was second here two days ago in a tougher race so the form is rock solid. Elite Gardens will have its fans as a horse with outstanding potential but for me I am going to side with our American trainer, Wesley Ward and his filly Sunset Glow. Easing up, this filly, on ground described as good – not fast, just good, ran a time of 58.23 for 5 furlongs, around a bend at Belmont on grass. Now unless that’s a short track that is an amazing time and one that none of our winners have achieved yet.

The globe trotting, money spinning Wigmore Hall will be popular but I think he may have been to war a time or two too many, Bold Sniper will be also be popular and is a rightful favourite for Messrs Stoute and Moore and wouldn’t be a shock winner and Café Society who was just behind him last year at Ascot will fancy his chances of turning the tables but for me I will go with a trainer in great form, John Gosden and a horse who loves a battle and showed he was in good touch against the best with a 2nd on the A/W, that horse being Dick Doughtywylie. Western Hymm was said to be a bit of a superstar and having been beaten 9 lengths in the Derby wasn’t disgraced so it interesting that Will Buick has jumped off him and teamed up with Eagle Top instead. I expected more from Seagull Star but it might have been Chester that did for him. Snow Sky has all the right connections and noises coming from the stable to win a race that his trainer has won twice before but I was very impressed when I saw Adelaide win at the Curragh and I think he will have come on for that run to give the O’Briens their third winner of the week.

12 quality fillies take to the round course and its no surprise they go 3/1 the field because I think these are a very strong bunch. My Titania is favourite but first time out to win against those with a run is a tough ask, even for master trainer John Oxx, who thankfully is now in much better form than he was in 2013. I haven’t been able to put a line through any of these. Only two horses have won at prices shorter than 2/1 in the last 10 years with no trainer dominating the race and RPR’s all around the 120 mark, as you would expect of a Group 1 race.

I really like the attitude of Rizeena and having had a prep race where she looked like she needed it I think we are getting a much bigger price than we should based on 2013 form. So lets go with that for the Clive Brittain charge.

Not the most fascinating of contests for these 3 year olds. A well bred bunch who lack a turn of foot to compete in high quality shorter races. So their trainers are guessing at who stays this trip best and who can quicken at the end of it. For that reason so are we. Looking deeper behind the horses and looking for someone who might have though about this race as their best chance of a Royal winner I have seen beyond those in the front 3, they being, Marzocco, Hartnell and Century, one of whom may well win but I think I know enough about all of them to know they are the right price. I have settled on Min Alemarat for Marco Botti, who with David O’Meara and Ed De Giles is my favourite trainer. He is about to explode as a trainer this year and this might just be the kick start today.

I don’t normally wax lyrical about these cavalry charges as they are hard work and this 29 are no exception to the rule. I have listed four that I thought worthy of further investigation and I may still have missed the winner. Those four are Sir Reginald, who likes big fields and is in cracking form at a mark where he could win, Russian Realm, who everyone has found and is the favourite, Rene Mathis who may still be unexposed and improving and will love this race and finally Bronze Angel who ran so well here last year and is off a similar mark and is a better horse this year than last and finally has his ground and conditions.