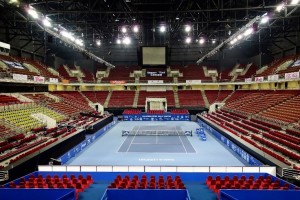 The Malaysian Open 2014 – The next hotspot for Tennis superstars?

After a heavy Northern American run in the ATP tour we visit Asia and what a time to do so. Kei Nishikori was the first Asian man to reach a grand slam final. This is a huge stepping stone for the growing tennis trend in Asia and it will inspire people across the whole of the continent to be the next superstar. The US Open finalist is competing in this year’s Malaysian Open in Kuala Lumpur and is among our selections. What can we say about Kei Nishikori? He had a sensational tournament at Flushing Meadows and with the prospect of a very similar surface in Malaysia he is rightly the odds on favourite. He defeated some of the biggest names in world tennis such as Raonic, Wawrinka and Djokovic. This will surely fill him with confidence; however with a couple of weeks break since the US Open final appearance he will be very stiff, and he could have to brush off some of the cobwebs gained during the break. With no big names he is seeded first and it will be up to him in his own continent to not get complacent and take home the trophy. But here at The Betting Agency we think he may bottle it and a weeklong competition could be too great for him after a marathon in USA. But he is definitely worth a punt and is the safest option. He is available at 5-6 with Bet 365 The Latvian has had a very good 2014 winning far more than he has lost and in that sense he is only second to Nishikori. He is seeded 2nd and he will be looking to add to his 2 ATP tour titles to continue a very good year. His ranking of 13th in the world shows that though he may not be the most famous name he is certainly one of the favourites and we believe he can go all the way in Malaysia and represents a bit of value in a field dominated by Nishakori. Our strategy is to back him with 2 unit e/w @ 7/2 with Skybet Nick Kyrgios has been one of the revelations of 2014. His heroics in the grand slams have marked him down as one of the real prospects to compete at the very top. At the Malaysian Open the seeding system has placed him in 8th which has played down what we believe are huge chances to cause an upset. He will have to keep his composure against big guns such as Nishikori and Gulbis but we believe he can at least reach the final. At extremely generous odds you must punt for him early. Available – 1 unit e/w @ 14/1 with Skybet

Nishakori may well win but he doesn’t represent much value. We think we can get either of our two in to the final where they will be a lot shorter than these prices to over come a man who, if he makes the finals has had a lot of battles this year and who will be under immense pressure to perform well close to home.