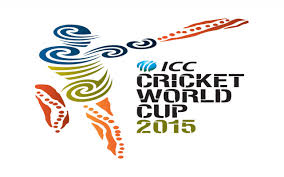 It seems with every month we get another Cricket world cup of some description. Be it the 20/20, the International, or some Tri, Bi or Quad series somewhere. However this is the original and thanks to some new rule changes, the best.

Lets face it one day cricket is designed for spectators to watch batsmen smash bowlers all over the park and mostly that’s what happens. Certainly in the matches played in Australia bat will dominate ball. The only deviation to that could be the New Zealand Games where we could get deviation and that’s where it gets interesting.

The two best one day teams in the world are South Africa and Australia, so it figures that they will play each other in the final doesnt it? Well maybe, maybe not, as the Zen Master said – we will see. Highlights for me will be seeing just how uncomfortable the Giant Pakistan 7 footer, Ifan, can make it for batsmen on bouncy quick wickets. I remember how difficult Joel Garner made it for batters at 6ft 8 and players needed to learn how to handle this. I mention this first because Pakistan are the Wild Card, because of Ifan and their very capable batting as well as the enigmatic Afridi they could account for anyone on their day so beware games involving them for more than one reason!!!.

What about New Zealand, arguably the best balanced team in the competition with 150+ strike rate batters right down to 8 and a mixture of left and right hand quicks and spinners and the mercurial MaCullum leading them. They two could have it off.

Put a line through the West Indies as they just dont perform consistently enough but remember they chased 344 and got them in South Africa – and remember that result for later. However they are too Gayle dependent. Of course he will come off soetimes but not all the time.

India in my opinion are gone at the game. Playing Australia does that to a team and their batters need to get their confidence back after the battering they have taken. I also dont think they have the bowling variety necessary to win.

How about England I hear you say – didn’t I hear you say that? No, actually you are right not to ask. We just aren’t good enough. People score too many runs against us too easily and because of this our batsmen are always under intense pressure and because of that they cant play the game they are capable of. We just don’t have anyone who bowls who moves the ball off the straight either by swing or spin, enough to stop people teeing off against us.

Sri Lanka will be a handful but less so now without the two M’s Murali and Malinga, They to rely heavily on their batting and some spinners who don’t spin it but English players seem to think they do.

So who does that leave. I don’t see a minnow winning a game against a major nation this year unless you spot some unusual betting patterns involving Pakistan so sell their games and points where you can. Of course there is always England who could mess up but I don’t think that will happen. This longer game and the extra power play period simply plays against the minnow chances.

I think my final four will be Australia, South Africa, Pakistan and New Zealand and I will back them accordingly and my winner is perhaps no surprise – Australia. They may well play South Africa in the final and if they do they win. South Africa simply bottle it in big games. I may live to regret that but this game is about opinoions and “I pays my money, I takes my chances”