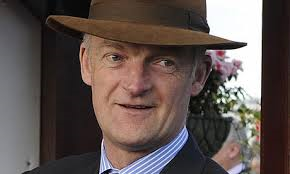 A great opening day. Its the Willie Mullins show. We, like most, did well yesterday and now we need to kick on. Today looks tougher but we need to be clever and stick to our festival game plan.

Amazingly, this race, like the Supreme has fewer runners than I can ever remember but I don’t think that makes it any easier. With only 10 in it I think I can confidently rule just 2 out of it. I also think some have the beating on form like Parlour Games over Vyta Du Roc and  I dont expect that to be reversed. Anteros probably isn’t quite good enough and may need further, I have put a line through Snow Falcon and Warrantor on the grounds that they cant improve enough to win this. On his run at Bangor which I saw I don’t think that Beast of Burden is quick enough to win this race and Rebecca Curtis, already a day 1 winner does, one of us will be right, probably her. He is a beautiful big horse but looks slow. So that leaves me with 5. Im going to ignore the claims of Outlander as I just haven’t heard the right things from the normally vocal Mullins camp – and they cant have another world class hurdler in the camp, surely. Ordo Ab Chao worries me but I think, again he needs further. He is a class act but may not be quick enough on this ground. So I have it down to two and they are the two I am going to back. Interestingly Nichols Canyon beat Windsor Park last time but on this better ground and slightly longer trip I expect the form to be reversed. I think Windsor Park is very good but at these prices I’m backing them both.

I love this race. They go a ridiculous gallop over 3 miles and for many the festival banker is Don Poli. Of course he is very good but I need to look outside the obvious as I am not convinced at these skinny prices. You ignore festival winning trainer Neil Mulholland and the Young Master at your peril – and Southfield Theatre brings strong credentials to the race but I’m not convinced. However my favourite horse in the race is Kings Palace and I think this is David Pipes best chance of success. In a nine runner race he looks the best value having shown, in my opinion, the best and most improved form. So here it is – we are betting like a Lion

The toughest handicap in racing. I wont pretend to know more than any trainer on which horse may be the best in, as there is no doubt a real lurker here. However I am going to try and find four that fit the profile. That being: Not run for at least 32 days, Won between 2m2 and 2m6, Scored at Class 3 or better, Won a race earlier in the season, and aged 5-7. That gives me these : Clondaw Kaempfer, UnAtout, Plinth and Baradari. After that it doesnt get too much easier.

I will rule out Clondaw after this failed chasing career and weight to carry. Un Atout may not be back to his best, if he was he could carry them arround so I am going with Plinth and Baradari Because of injury concerns to Sprinter Sacre this is now the best betting race at the festival. So out of the 11 runners, who can win. It’s this simple. Sprinter Sacre, Champagne Fever, Dodging Bullets, Sire De Grugy, Special Tiara and Mr Mole.

So lets unravel these. Mr Mole – too quirky, Special Tiara, too quick, Champagne Fever, too unproven at this level. That leaves Dodging Bullets, Sire De Grugy and Sprinter Sacre. All three make good winners. My feeling is that Dodging Bullets and Sire De Grugy are very good but not good enough to beat a 90% returned to form Sprinter Sacre and I think he is better than that now. I think he can just jump and run quicker than any chaser ever born. I also think he is telling his works rider and Barry Geraghty everything they want to know now and that’s why he has shortened from 3/1 to 5/2 in the last week. I may be wrong but if he is back you are backing a 1/2 shot at 11/4ish. He wont fall so lets back him each way.

Our bet 4 units E/W at 11/4 with Sportingbet Sprinter Sacre.

We have backed the winner of this race for the last 3 years. However thats not saying much as with the exception of Big Shu they were well found by most. This is the biggest field I have seen for what is a specialist race. I wasnt expecting to see Any Currency as favourite, particularly at 12 years of age. I thought I had found one that others might have missed. However I was wrong. I like the look of three. Any Currency, Quantativeeasing and Sire Collonges. Not an easy one and something to calm you down after the event of the day.

So to win this we need a horse whose sire has won a Group 1 on the flat. Won one of the last two starts and carrying less than 10-13. How many does that leave us – Interestringly only two : Sebastien Beach and he ran a stinker last time out so that theory seems to be out the window with him and Beataboutthebush. So thats where our pin falls. He bolted up last time, has had a decent break and is a huge price.

No surprise to see Bordini at the head of the betting for Willie Mullins, who can possibly beat him in a race he almost owns. Moonracer might give him something to think about for David Pipe. I know they fancy their chances and they may be right. Vigil for Dermot Weld has a years experience behind him and may well benefit from that and we need to respect any Henry De Bromhead runner and this one, Supasundae could be the best yet.

Our bet : My two against the field are Moonracer and Supasundae 1 unit E/W @ 9/1 and 14/1 respectively both with Betvictor