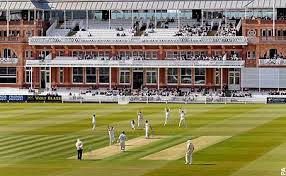 There is nothing like the first day of a test at Lords and under normal circumstances the 1st day of a Lords test against New Zealand wouldnt be one to get my pulse racing. But this is different.

For a start New Zealand are an exciting team to watch play cricket. There I said it!  Moreover they dont just play exciting cricket, they generally boss teams around these days with a real belief in their ability.

Their batting is led by Brendan McCallum and whilst he sometimes falls victim to his own aggression his recent text exploits with hundreds and double hundreds and close to a 100 strike rate means that when he scores well his team have loads of time to bowl people out. But they are by no means a one man batting line-up. Kane Williamson has few flaws at the top level in his game and the re turn to form of Martin Guptill means they have another capable of big scores. Ross Taylor gives them 4 in the top 6 with outstanding Test credentials.

Now find me 4 in the England line-up that can boast the same recent form or pedigree. Maybe Root but I am not convinced by Ballance against the moving ball and after that well some are capable but hardly compelling.

However as we all know bowlers win test matches so how does that head to head look. For a start, Tim Soutthee and Trent Boult move the ball and conditions on Thursday will favour that style of bowling – if its not too cold.

So does Anderson I hear you say and I agree but when it comes to the others right now they have no idea where its going. Ability, yes, temperament, questionable, consistency – lacking.

Assuming Mick Hunt, the head groundsman has prepared a quick bouncy wicket then we could be in for a treat. Fast run scoring and lots of wickets.

Who does that favour? Well, only one team for me – The Black Caps.

They are a best priced 9-4 with Boylesports and must be backed to win in a market where the draw is an irrelevance.