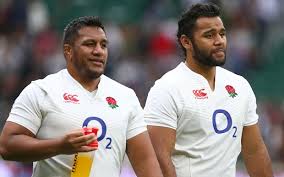 Six Nations looks like an English Redemption – but is it? England were devastated to be knocked out at the group stage in the World cup and the powers that be were swift in their disposal of Coach Stuart Lancaster. Yes, it was an embarrassment to the wealthiest RFU in the world not to qualify to the finals and yes not going through on your home turf was a bitter pill to swallow but against all that England were drawn in the group of death where there was only room for two and things didn’t quite go their way.

Not good enough I hear you say, fair enough but I always liked Lancaster. I thought Lancaster conducted himself extremely well and that he built up a strong unit from the debris of the previous disasters. He had a discipline, pride and humility that was enviable but as the saying goes losers, boozers and Jacuzzi users, we don’t need, so off he goes. The thing is Eddie Jones is definitely very good. His style of Rugby was such a thrill when we all supported Japan in the World Cup and mostly he is a winner. The ironic part of his success at the weekend, against a rejuvenated Scotland, was that it was achieved with a group of players identical to the group who took the field in the World Cup. A sort of back handed tribute to Lancaster if ever there were one. The difference?  They won this time. Would they have won if the opposition had been Australia, with that performance? – Categorically, No. Scotland made many mistakes and still only lost by 6. Was that performance good enough to now go on to win the Six Nations?  Well in and of itself no but here is the rub.

Currently England are the 5/4 favourites to win the title after their win on Saturday. In theory they should be miles shorter. France looked inept against Italy who have no doubt improved again and Wales and Ireland contrived to take a point each with a 16-16 draw to help England further – or not as the case may be. So why have the bookies left them at this biggish price? Answer, because they weren’t impressed with England but I think you need to look a little further under the surface of Saturdays game and if you do you just might feel a “smirk” coming on.

As the late great Ian Drury said – Reasons to be cheerful  1,2, 3, I think I can make a compelling case as to why we should be very confident about an English victory and if you are a betting person be jumping in to this 5/4 about England winning – and here it is.

Scotland are a lot better team than people think. They will now give anyone a run for their money as they showed in the World Cup. Hogg is a devastating runner and he will score loads of points and make loads of yards in this years event. The fact that he didn’t run riot in this game was because of his team’s persistent handling errors.  The reason they made mistakes is because Englands’ defence was terrific. England forced errors with their sheer strength (Thank you Mrs Vunipola for your two enormously talented and huge sons) and when they upped their line speed in the second half Scotland ran out of ideas. Is this enough to win a title, maybe, in my opinion defences win titles and England’s is the best. I also think we saw glimpses of some back play that could be devastating and as they gel as a team and are allowed to be more expressive they could produce lots of points.

They also have a Coach who wins and who knew that Saturday was about not losing and nothing else. Yet again he got the job done.

It may not always be pretty but Eddie Jones has the confidence of his team, a determined, newly disciplined Captain, in Dylan Hartley and most importantly the press on his side from game 1. Don’t underestimate the importance of that last point. More than one England Test Cricket team has been undone by the UK press.

So come on – let’s get behind them and lets shout out for the men in white and perhaps for some of us let’s take  profit on them winning as well at 5/4.

Our bet : 8 units win England to win the Six Nations @ 5/4 with Sportingbet