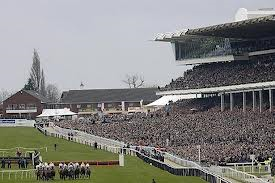 It’s here, the greatest racing festival in the World starts today and each day we will see if we can beat the old enemy and enjoy some of the greatest equine athletes in the world. This will be the race that makes bookmakers more nervous than any other. It all revolves around a horse called Min and his trainer Willie Mullins, the man who has won the last 3 renewals of this contest. Min has been the favourite for months and in all reality he may well be a good thing. 2/1 says he isn’t unbeatable but what is going to beat him? I think with Min it’s all about potential, he is a great mover and jumper and the improving ground will bring out the best in him. No excuses, if Min is the real deal he will win. Altior looks the best on what we have seen so far and he certainly has the credentials to win for Nicky Henderson. No one has lowered his colours over obstacles and he looked all class winning at Kempton. The crucial combination of speed and stamina. I believe these two will fight it out but as the ground gets better my dark horse at a big price is Silver Concorde @ 14/1.

Let’s not waste too much time on this one. If Douvan stands up he win – simple as that. He is probably a stone better than these and whilst I think Vaniteux will beat the rest it might just be worth watching next years Champion Chase winner. If you want to get involved then perhaps look at a market without the favourite

2 units win Vainteux, without the favourite @ 7/4 with Sportingbet

I love this race. Horses you have been backing and watching that are just below the best and either on the way up or just off their best. Horses like Holywell, who won this 2 years ago and who has been rated as high as 163 and beat the mighty Don Cossack at Aintree in 2014. He might be a class above these and Jonjo might have him back to his best. Southfield Theatre for Paul Nichols, Kruzhlinin, who might be massively unexposed and has the services of our Champion Jockey elect on board. What about Double Ross who loves Cheltenham but hasn’t been at his best this year and whose stable is now flying. Carole’s Destrier might have the right credentials for his young trainer who won this last year with the Druids Nephew and whose form looks rock solid. Out Sam is the favourite for Warren Greatrex and with this horse it is all about potential but his only time around here he fell. It was a hurdle and not a chase but horses memories are funny things.

This is a proper betting race and we need to have a good jumping 2 against the field. I really like Theatre Guide. I backed him at Kempton over a trip that didn’t suit on a track that didn’t help and I think today is perfect for this Colin Tizzard trained chaser. BTW this man’s horses just seem to find extra reserves at the moment and we need to get with him. I would have backed Holywell if Jonjo had a winner in the last 14 days – but he hasn’t.

This is normally the best race all year. Closely followed by the Champion Chase and then the Gold Cup. Its a more even race without Faugheen who would have won but now we have to really work it out. Don’t underestimate The New One, he should have won 2 years ago and was unlucky. He might be past his best though, if he isn’t, he will be right there. My Tent or Yours wont win, Identity Thief might surprise again like he did at Newcastle but Nichols Canyon would appear to have his measure and he in turn might be just below the best on offer. I used like Peace and Co but he seems to be gone in the brain. Maybe this fast pace will really suit him on quicker ground. Its boring but for me its all about Annie Power. I think she is the real deal. When she fell last year she was going so well and I don’t believe Ruby will allow that to happen again. Mares haven’t won this race for 10 years and under normal circumstances she wouldn’t but this is an average field and that is why connections of Lil Rockerfeller paid £20,000 to run. They may well be rewarded.

Another that doesn’t require a huge amount of time. Vroum Vroum Mag wins this race and evens is an amazing price. Don’t mess about bet with your long trousers on. I always belive my eyes and this horse impressed the heck out of me when hacking up at Ascot. Maybe the step up another grade is taken on trust but it was the manner of victory and the strut that got me. Its a big field and there could be trouble in running and jumping problems but on paper she cant be beat. I know the rest and they aren’t as good as her. BTW – stupid name for a horse.

Almost 4 miles with amateur jockeys on board – some of whom aren’t very amateur!!!!. Jamie Codd, Sam Waley Cohen, Katie Walsh and Patrick Mullins are as good as most pro’s. Maybe that’s the angle. That covers Definitly Red for Brian Ellison who is in red hot form  and has a horse who jumps and seems capable of this trip and is only 7. Noble Endeavour, who might be laid out for this by the incredibly shrewd Gordon Elliot, Measureofmydreams, again for Willie Mullins who dispatched Noble Endeavour easily last time they met and Ponte Alexandre, who seems an odd choice but if your dad says this is your ride, don’t argue, he’s good.

Just mayvbe we haven’t mentioned the winner and if I am right its a double on the day for Coilin Tizzard. I liked Native River when it was obvious that heavy at Wethbery didn’t suit and 3 miles at Kempton simply wasn’t far enough. so that’s where I’m heading

For me the toughest race on the card. I wont be heavily involved as this is about position in the race, luck in running and natural improvement.

I’m going to side with Charlie Longsdons horse, Killala Quay, who surprised me when winning at at Kempton and who recorded a career best and Aloomono whose trainer thinks this is his best chance, so do punters. I might also have a fiver on Willows Saviour because its the name of our dog!!!