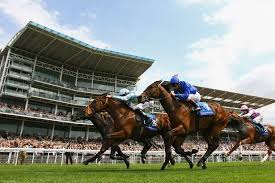 Its been two fabulous days and we have had our successes but day 3, weather permitting,  looks like its got our name all over it. So lets get punting. We are all over this race. Its just a great way to start the day. Gabrials King from the front nearly brought home the bacon for us at Haydock last time out and rather sadly has been put up 2lbs for that effort. Dawn Missile looks a likely type after finishing just 3l behind Oceane when 8th but our enthusiasm is tempered by a luck lustre performance last time out. It’s best left two two in this race. Stars over the Sea who dotted up last time and appropriately has been raised from 93-100 and will be on a lot of short lists and our other fancy Mijhaar for David O’Meara who has this 8yo in good nick after getting him from John Ferguson. He really could gobble these up. What a great race this. I think we have backed every horse in this race bar Curbyourenthusiasm, at some stage. It would be ironic if he was the winner but he was behind Clever Cookie here in May and his latest Goodwood run was uninspiring so he wont be in our plans. We love Clever Cookie and he is a very good horse but we will have to be with the favourite, Trip to Paris who seems to have that rare commodity of the ability to stay and a turn of foot at the end of a gruelling race. That cant be ignored. His comeback run over 10f was amazing and he looks better than ever. This price cant last. Nemoralia should take all the beating and the form of his races has stood up well. Librisa Breeze was due to win one and did and the question here now is has he been at the top for too long. Birchwood looked backed to his best 2 back at Chester but then flopped at Goodwood with the suggestion that either the quicker ground or the 2nd running with the visor didn’t work. David O’Meara’s, So Beloved was only four lengths behind The Ghurka on his latest run and has to be respected over a trip that is his. On that form his price is just too big and cant be ignored. I do hope the forecast rain stays away or doesn’t do enough to alter the going because this is a cracker. Take Cover for David Griffiths was sensational at Goodwood and his trainer said he had never had him better this week – his price is too big.  Limato was superb in the July Cup and I think he does have the speed for 5. Goldream has finally got his ground (if the rain stays away) and he really is quick and Profitable just keeps winning and beating horses that win thereafter. What a race.

Its a Maiden and they are tough but for us it has to be Black Trilby. Half a length behind Lockheed is better form that anything else we have seen from the others. So we will back Clive Cox’s horse.

Two Chester winners feature heavily, Arcanada for Tom Dascombe and Viscount Barfield for Andrew Balding but we are going to look elsewhere in a very competitive race. Our eyes are drawn to the Clive Cox runner Bobby Wheeler whose last two runs look as good as anything this 19 runner field has achieved.